This wine opens with berries and savoury spices, but keeps evolving in the glass. There’s plums, stewed rhubarb with a floral lift. For the savoury there’s smoky vanilla and fennel as well as mocha. The palate is complex and beautifully textured with silky smooth tannins.

Winemaker Notes
The Cabernet was picked in late March, followed by the Merlot in early April 2017. After de-stemming and crushing, they were both inoculated with selected yeast strains and fermented in small 5 tonne open fermenters. During fermentation the must was mixed, twice daily by pumping over to keep the skins and juice in constant contact. Based on taste, the fermenting must was pressed once the perfect balance of colour, flavour and tannin extraction was reached. After the completion of primary fermentation, the wine was inoculated for Malolactic Fermentation (MLF), before being transferred into French oak barrels. With 10% new oak, the wine spent 16 months maturing in these barrels prior to blending and bottling. 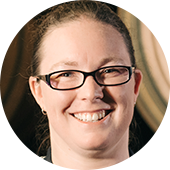 Tasting Note
This wine opens with berries and savoury spices, but keeps evolving in the glass. There's plums, stewed rhubarb with a floral lift. For the savoury there's smoky vanilla and fennel as well as mocha. The palate is complex and beautifully textured with silky smooth tannins. The acid is bright and leads this wine to have wonderful length on the finish.

Vineyard Notes
The 2017 vintage is going to be a vintage that will be remembered for years to come. Overall, the conditions were cooler than average and saw ripening on most varieties delayed by up to 4 weeks on normal. In the Swan Valley, the season will be remembered for the high rainfall with 30mm falling in late January and another 70mm 10 days later in February. This saw the Swan River burst it's banks. Whilst Sandalford had no flood damage in the vineyard, the unseasonal weather created challenges in the vineyard. Due to the later ripening of all red varieties, this rainfall had little effect on them, with all grapes showing intense varietal characters.
1840 Range